Biden’s in deep trouble – but the media won’t report it!

The Democratic 2020 frontrunner is in a bit of a pickle. Some might say “big heap of trouble.” 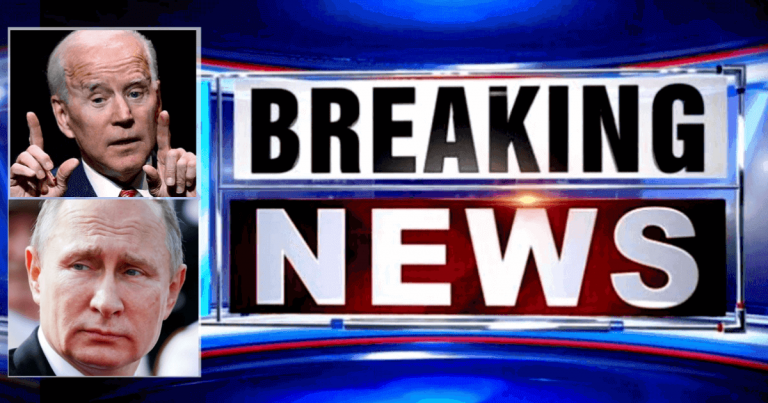 His loyalty to the United States has been questioned time and again. His son is being investigated for using Vice President Biden’s influence to make big business deals (especially with China).

That’s not great, Joe. You were fighting for China right around the time your son Hunter got a nice payday.

Why not fight that hard for the citizens of America? That is the country you represent, right?

But it seems like Joe’s questionable allegiances date back to when he was a senator. In fact, on the eve of the Iraq War, he was making deals with Russia.

You won’t like this at all, and neither will Democrat voters.

Biden said during the event that he, along with a Republican senator he chose not to name, asked for a meeting with Putin and proposed a deal where all proceeds from seized Iraqi oil would initially go to cash-strapped Russia. Biden viewed it as an offer Putin wouldn’t be able to refuse and was disappointed the Bush administration didn’t consider it.

Yep. You read that right. Joe Biden tried to buy Russia’s help in the invasion of Iraq with oil money.

Sounds more like bribery, Joe. Good thing Bush didn’t take you up on that offer.

It’s pretty shocking that a former senator—and former VP—a man who wants to be president, was willing to bargain with Russia for their support.

He was bartering with oil we did not have—is the kind of relationship we want our president to have with Russia?

All this time, the left has been accusing Trump of working with Russia. Yet, years ago, Biden was trying to cuddle up with the foreign power.

I don’t know. This news raises a lot of questions about the Democrat frontrunner’s ability to make decisions and broker deals.

The terrible deal wasn’t even taken up by the president.

Now compare Biden to Donald Trump, the man who wrote the book on deal-making.

Which would you rather have in the White House?