If Melania was Michelle, the media would be thanking her – let’s give her some love!

We can all agree that we have the best first lady in American history, right? 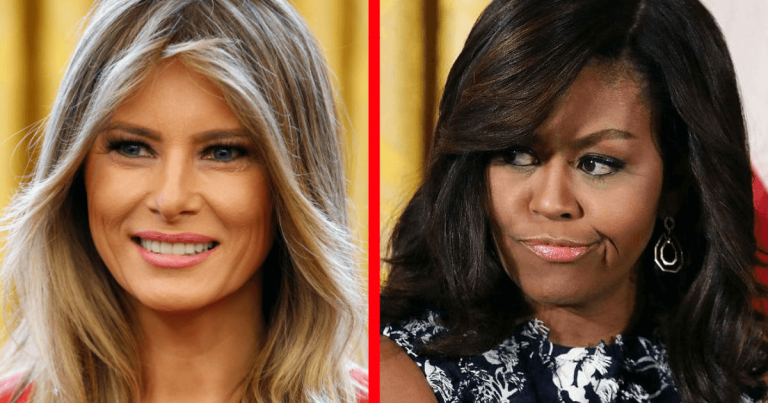 Melania Trump is a breath of fresh air, after eight years of misery.

She is a fashionable, smart, and classy lady. Not only that, but she is inspiring many young women to be their best.

Even though she is a great example of a strong woman, our media all but ignores her. You’d think feminists would love Melania: an immigrant who became an American, businesswoman, and first lady.

Instead, they ignore her and dream about Michelle Obama coming back and running for president. 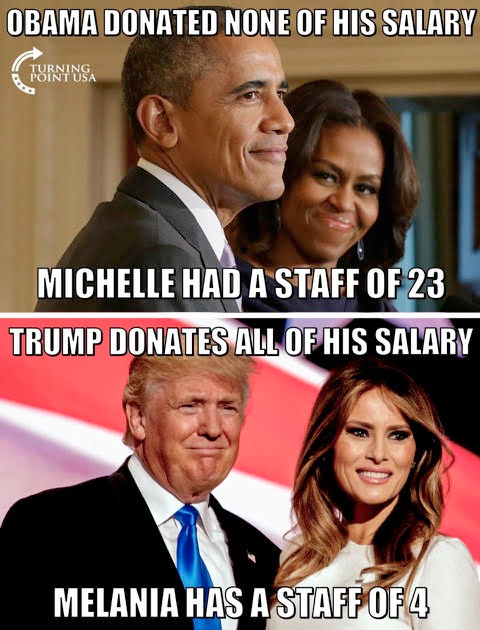 A recent viral image shared by the conservative group Turning Point USA sought to contrast the way the Obamas and the Trumps handle public money in the course of carrying out their work.

Wow. This is pretty amazing. PolitiFact tried really hard to debunk this meme.

But while Melania’s staff is technically higher than 4, it is still much lower than Michelle Obama’s.

In fact, Michelle Obama had a staff of 25 (Lord knows what they were doing!), but Melania Trump only has only had, at most, 12 people reporting to her.

And because of that, she’s saving the government millions of dollars.

PolitiFact had to admit Melania has the smallest staff of any first lady in recent history.

Even lower than Bush and Clinton!

It’s not hard to figure out why. When you pick the best and the brightest for your staff, you don’t need that many.

Hire the right people and they can do the work of twenty. Melania, like her husband, knows how to pick the very best people to work with.

It’s no question that her staff of 12 is doing far more than all of Michelle’s staffers ever did.

The truth is, past first ladies hired more staff because they could. There was no proof they got more work done or were more effective. Melania is going the smarter route, hiring fewer people who will be more efficient and effective.

Smart on top of smart.

On top of that, with a smaller staff, there are fewer salaries. Melania is saving the taxpayers money while getting work done.

That’s something everyone can appreciate.