It was all over the news, remember? 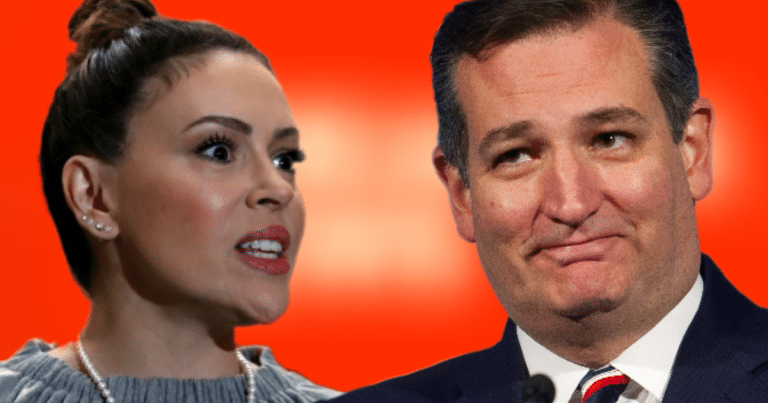 The liberal activist said she wanted to debate Cruz on the second amendment issue, because she’s a firm supporter of gun control.

And of course, Cruz is a second amendment advocate, so Milano specifically called him out.

Well, not only did Ted Cruz accept the debate, it actually happened!

Cruz held the debate in his Capitol Hill office, and it wasn’t long before Milano made this shocking confirmation.

Actress and gun control activist Alyssa Milano revealed she has two guns in her home for self-defense during a debate Tuesday evening with Sen. Ted Cruz (R-TX).

And THAT came as a shock.

I’m willing to bet most of her fans had no idea, especially because Milano has been slamming firearms for months.

She has also made countless Twitter posts slamming the NRA, weapon owners, and gun advocates … and then she drops this little announcement?

There’s just one word for this: Hypocrite.

And we’re not going to forget, either — I say, the next time she flips out about weapons, remind her that she OWNS two of those weapons.

Remind her that she sat in Ted Cruz’s office and admitted that she believes in self-defense.

And if she gets to protect herself, why shouldn’t every other citizen have the same right?

All in all, I’d say this was a pretty big victory for Cruz … and Milano handed it to him on a silver platter.